In preparation for the Gujarat site seminar for the Tamil Heritage Trust, I lectured on the political history of Gujarat from 3rd century BC to 13th century AD. I prepared a chart comparing the histories of Gujarat and Tamilnadu, as we consider them today. It is primarily a listing of the major dynasties that ruled, and some major invasions. But this and similar timelines may prove useful as reference frameworks.

Dynasty names like Maitraka and Chola are in black; the name of some king of each dynasty is in red; invader or battle name is in blue or green.

References
1. A History of Gujarat - From the earliest period to the Present time by Edalji Dosabhai, first published 1894, Asian Education Services reprint 1986.
2. A History of South India by Nilakanta Sastri, Oxford University Press.
3. A History of Gujarat - Including a survey of its Chief Architecturl Monuments and Inscriptions by Khan Bahadur, MS Commissariat, Longmans Green and Co., 1938.
4. Wikipedia articles on Rudradaman, Satavahanas, Kushanas, Indo-Scythians. 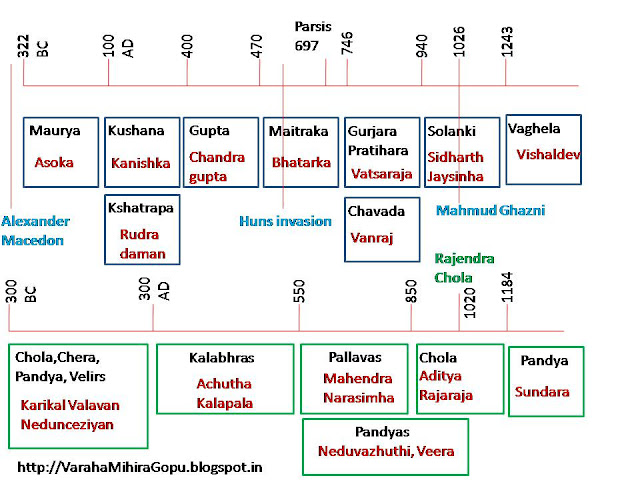 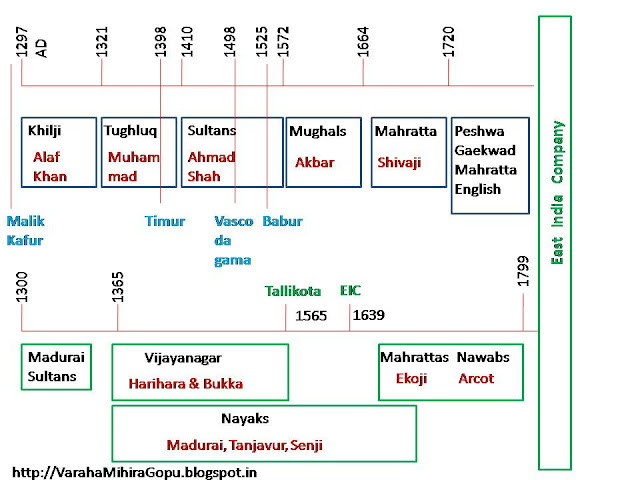