Tearing through the night sky, darkness and the glimmer of Pulicat backwaters on either side, Thiruvadirai high up in the sky, stars visible up to the low horizon and a yellowish moon rising in the east, streaking past alert police squads, we come to a halt before the model rockets decorating the round tana at the entrance of the Satish Dhawan Space Center. Mr Mani steps out to hand us our security passes and we drive up to the MR Kurup auditorium, turning just before the gate to the launch pad which is eight kilometres away.

A large hall with red cushioned seats and two drop screens greet us. One shows the control room, the other some graphs with rocket data. As we watch, the video shows ISRO director Dr Radhakrishnan enter the control room and shakes the hands of every single member of the command Center, then every hand at the Visitors' Gallery! A signal act of warm welcome. The countdown clock of PSLV-C96 IRNSS-1C mission ticks down to -00:45:13

In the Kurup hall, a wedding hall atmosphere prevails, as Telugu and Tamil fill the air, and a hundred people in sharers, churidars jeans and shirts and an occasional burqa chat and gaze and munch goodies. Shots of the rocket on the launch IAS flit on the screen as flute music plays over the speakers and a recording of Isro's history plays on.

En masse, we move to the flood lit terrace, five floors up, the North Indian kurtas and mehendhi laden arms flashing between the sarees. A loud speaker barks status messages, like a railway station minus the boquet of fragrances. The Mission Director interrupts to announce that everything is normal.

-00:15:00  Sirius glitters. Trees cloud the view. Nothing terrestrial is visible more than a hundred metres away. Shyam ponders climbing the water tank.

A crowd of over two hundred are on the roof. Most are taking photos with cellphones, some with cameras. Far away, Sidharth Srinivasan, Manick Rajendran and other amateur astronomers and launch buffs who have gathered to watch the launch at night, glance at the launch pad uncertainly, like I have in my previous day time trips at similar spots. I remember the helplessness of not knowing if the launch has been postponed delayed cancelled or its on schedule.

Countdown at ninety seconds. Announcer updates every five seconds. All casual photographers and posers are done. Even Shashi who has her eyes closed till now wakes up.

Zero. An orange midnight sun lights up the eastern sky. The rooftop crowd roars. "Ignition normal." Not a whisper from the rocket, 8 km away. Two seconds later the orange shrinks from full landscape to a column of fire.

The stars in the Lower sky disappear as it turns a faded daytime blue, then Sirius too becomes invisible.

+00:00:10. The rocket and its fiery exhaust rise above the tree line, and the rooftop visitors can see it for the first time. Still eerily silent.

+00:00:20. The roar of the rocket finally hits us, a tender relentless tsunami of reverberating air, that is dull to the ear, but makes skin and clothe quiver like savannah grass in a storm. A hundred cameras click away ferociously, most of them cell phones with better resolution than my Nikon Powershot that lies quietly in my car. Some people realise for the first time that sound is slower than light : not just in textbooks. They explain this excitedly to others

+00.04.00 Now it's just bright spot in the far distance and fading fast. Some of the crowds head downstairs to the Kurup auditorium. We join them.

The crowd inside the hall is smaller than the crowd that watched the launch. There's a large screen that shows the metrics of the rocket. I think they were broadcast live or slightly delayed on Doordarshan - probably Rajya Sabha TV.

The announcer explains when second stage goes silent, third stage ignites, then after a loooong time, third stage separates, but fourth stage takes a while before igniting. This is planned. The rocket is coasting on momentum. Most parameters are within expected range.

We waited until about 20 minutes after launch, the rocket reached its orbital position. Over the next couple of days, ISRO would little adjustments to fix its apogee and perigee, but the launch was successful. On screen, Dr K Radhakrishnan addresses ISRO, congratulates them, beams with pride. He shook every single visible hand when he went into that control room! Others make speeches, their passion shining through, and their pride making them glow.

Shyam, Shashi and I headed back to our hotel in Sulurpet with a warm glow too. Shyam Raman arranged this midnight visit for me, so I am greatly indebted to him. On the ride from Madras to Sriharikota, he shared a lot of things on his cellphone, space apps and astronomical data, that he was following with geeky delight. For those so inclined, here is the Srirangam Site Seminar page that Shyam created!

So you read the thousand words? Here are the pictures you really want to see! My thanks to Manick Rajendran, Siddharth Srinivasan and Arun Venkataswamy for photos. I know the first two, but have not had the pleasure of meeting Mr Arun; hopefully he wont mind since Manick gave them to me!
Here is the Facebook page of Chennai Astronomy Club where they posted these photos!

When I first read Tom Friedman’s book “The Lexus and the Olive tree” in 1999, I was stunned. It related a set of major and historical events in the 1980s and 1990s of which I was, either totally, or tangentially. I was an avid reader of newspapers and somewhat less avid consumer of television news : or so I thought. Apparently I was reading the wrong news, mostly politics, sports, entertainment or science.

TV news, I realise, is just radio with makeup. It’s practically disinformation, not news. Newspapers are hardly better. But clearly they serve some markets.

Sometimes, a single statistic or graph explains more things than a whole shelf of books or a decade of personal experience. Moore’s law, Julian Simon’s bet, the Laffer curve, linguistics maps in Jared Diamond’s book “Guns Germs and Steel”, all these explain a phenomenon, a principle or history in a way that words simply can’t. This one, on plants and animals, stunned me recently.

John Allen Paulos tries to make this point in his book A Mathematician Reads the Newspaper. I think he fails by politeness. Hans Rosling does a better job with his TED talks.

Vaclav Smil, by dealing with large significant numbers, and placing them in context is unparalleled in the small circle that I am aware of. Bill Gates, who recently endorsed Smil as the author whose book he looks forward to the most, tweets some graphs, which I find are far more newsworthy than a hundred headlines about so-called earth shattering events. In an essay that explains how the world uses 20th century materials, Gates explains Smil's book Making the Modern World, with excellent graphs.

This one on China and cement is one such. China has used more cement in the last three years 2011-13 than the United States did in the 20th century. That simply stuns me. 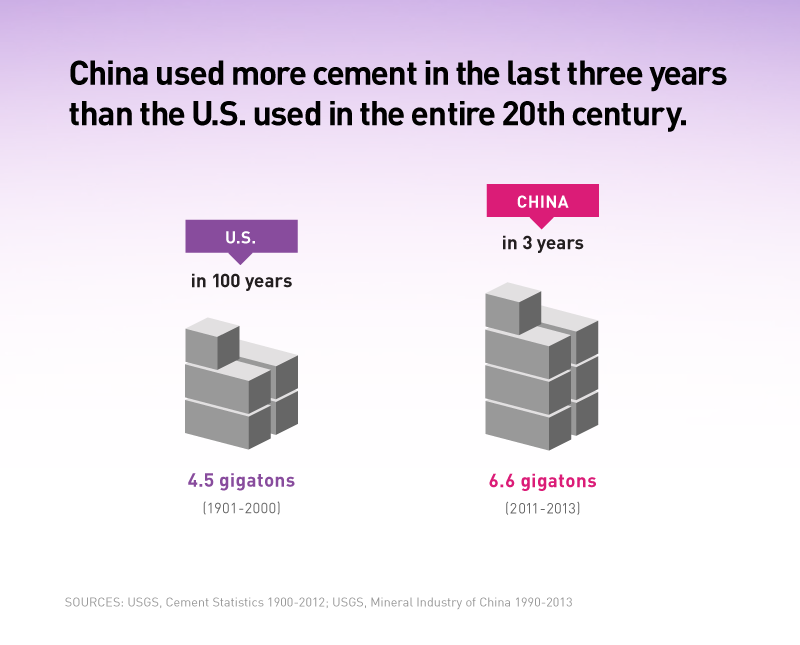 This graph on the benefits of vaccination in the US, is an example of a bad graph, much harder to understand.

If only journalists would explain national budgets, industrialization, the market economy, science, or other political issues with such graphs. They only analyze - overanalzye - elections and electorate behaviour on such a scale. This is not confined to Indian media, it is a world wide phenomenon. The only channels where you see informative graphs are the sports channels : cricket, basketball, American football, tennis, these sports are analyzed with excellent statistics and very enlightening graphs. Perhaps that level of arithmetic is beyond the capacity of journalism. I doubt it. I suspect that their primary function is to misinform and keep the noise level high.

Vaclav Smil's graph on cement and China was irresistible to Bill Gates. After a few weeks, Gates' tweet became irresistible to a major newspaper - the Washington Post, which published a story on the graph - though only a blog. I don't know if it came out in the print edition.
Posted by VarahaMihira Gopu at 14:23 No comments: 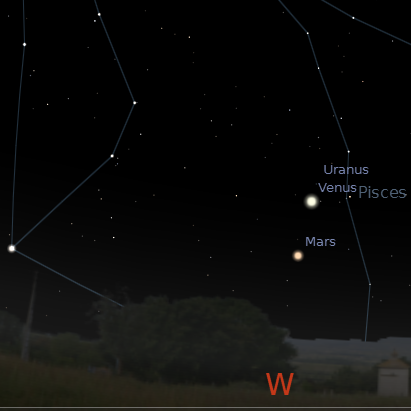 My essays on Astronomy


Videos of my lectures on Astronomy (in English)