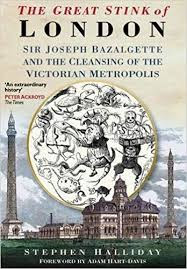 I have written recently about the Ellis inscription. My interest in Ellis was kindled by a speech by Prof Thomas Trautmann (University of Michigan) at Roja Muthiah Library in Madras. I was blown away that this true discoverer of the Dravidian languages and a man of several astounding accomplishments was practically forgotten, with credit going to Robert Caldwell, until the recent re-discovery by Trautmann.

In August 2013 I was invited by Mr Shankar of Madras Midtown Rotary Club to give them a talk on Ellis. Mr Narasiah forwarded this email biography of Ellis by none other than Trautmann himself, to help me prepare for this lecture. I had read his books Languages and Nations and The Aryan Debate, and I strongly recommend them. I wrote to Prof Trautmann who is "delighted that my talk encouraged your interest," and with his permission, publish this brief biography of FW Ellis.

Ellis,  Francis Whyte  (1777-1819), orientalist, grew up in Compton, Bedfordshire, and was schooled at The Academy, Burlington Street, London.

He became a writer in the East India Company's service at Madras in 1796. He was promoted to the offices of assistant under-secretary, deputy secretary, and secretary to the board of revenue in 1798, 1801, and 1802 respectively. In 1806 he was appointed judge in Tanjore, but was transferred the same year to the zillah (district) of Masulipatam, when he offended the raja, having incarcerated one of his servants for extorting rents by force. In 1809 he became collector of land customs in the Madras presidency, and in 1810 collector of Madras.


He was largely responsible for planning the college of Fort St George to teach the languages of south India to the junior civil servants posted to Madras, and was senior member of the board of superintendence from its inception in 1812 until his death. He was a leading light of the Madras Literary Society, also begun in 1812. He died unmarried at Ramnad, Madras, of accidental poisoning on 10 March 1819 while on sick leave. His mother, Elizabeth Hubbard, was the main beneficiary of the will he made on his deathbed.
Here is Mr Narasiah's article on Trautmann's lecture

Prof Trautmann adds:
You may know that recently Manu Francis found in a library in France the Tamil composition of Ellis, a treatise on the smallpox vaccination in the form of a colloquy between Shakti and Dhanvantari.  I had found Ellis' English translation of his own composition, and published it in my "Languages and Nations" book.  I could not have been more pleased that this Tamil original has now been found, which is what I hoped when I published the translation.

The introduction of vaccination in the Madras Presidency is another remarkable contribution of Ellis, and deserves to be commemorated.