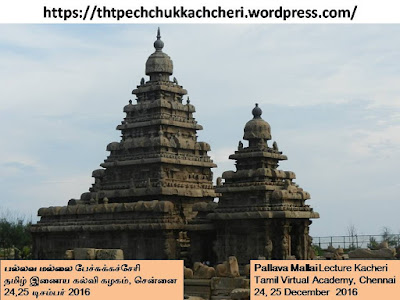 This essay makes two points. The first is to introduce the art of Amaravati, in the words of Prof Swaminathan, in a document prepared to suggest improvements to the Amaravati Gallery in the Egmore Museum. The second is to highlight how exquisitely those words have been chosen and what a marvel the document itself is. I wrote earlier that Prof Swaminathan had developed a new form of literature – Powerpoint Literature. This perhaps could be called Bulletpoint Literature. It shows how marvelously and concisely a document can be drafted, while comprehensively capturing the historical, artistic, aesthetic significance of the subject, and also mentioning its unique aspects.


Amaravati was the location of one of the most magnificent Buddhist stupas in India, and perhaps the most magnificent in South India. It’s believed to be near Dhanyakataka, a capital of a Pallava dynasty (related to the more famous later Pallava dynasty that ruled from Kanchipuram in Tamilnadu). It’s near Guntur in Andhra Pradesh. Very little of the stupa, called a mahacetiya, remains today, except a large brick mound, and a few of the limestone panels that decorated it. In the early 19th century, Colin Mackenzie rescued some of the panels from a local zamindar, which he then shipped to Calcutta. The best preserved of these were then shipped to the British Museum in London (like the more famous Elgin Marbles). A number of damaged panels called the Eliot Marbles, after Walter Eliot of the Madras Literary Society, were then shifted to the Egmore Museum in Madras by the museum’s founder Edward Balfour.


Here, verbatim, is Swaminathan’s comments on the Importance and Uniqueness of Amaravati

The art of Amaravati is a treasure for the following reasons:
·         Here we witness the earliest lithic work of any significance in the southern part of the peninsula
·         Even this earliest attempt exhibits an astounding creative maturity, and represents the perfection of the art of sculpture
·         The beginning of Indian classicism is seen here whose thread is to be followed by the Guptas in the North and the Pallavas in the South
·         It is here we see the greatest efflorescence of Buddhist art in the medium of stone
·         There are jatakas that are narrated here have not been handled elsewhere
·         The quintessence of Amaravati art is subtle suggestion, and emphasis through contrast, in depicting the fight of conscience against sin, in showing in the same frame a king who becomes a monk, almost in sutra form
·         The technique used makes even hackneyed theme which has to be repeated is given an artistic twist to make it lively
·         The themes are as many, the decorative element is as diverse, as are the different technical methods adopted render the scenes effectively
·         A synoptic method is adopted for narrating a long Jataka tale in a short compass the Amaravati sculptor has few equals, like narrating the story of Shaddanta
·         The sculptor possessed with masterly knowledge of composition and balance and sequences, and here for the first time lighter and deeper etching, differentiated planes, perspective and distance, and foreshortening are successfully introduced.
·         It is puzzling to find inventiveness of the sculptor who has devised his own way of presentation and the cumulative effect has created a unique language
·         The charm of this effective language has compelled the attention of subsequent schools not only in India but even in faraway places like Java
·         Even the assimilation of foreign elements has been subtle is not blatant as in Gandhara, Mathura and Kushana
·         The four periods of the Amaravati art, starting with 200 BCE to 250 CE, is not only a long stretch but also is important in the chronology of Indian art tradition

Other related blogs that may interest you