Macaulay on Sanskrit education - This essay in English 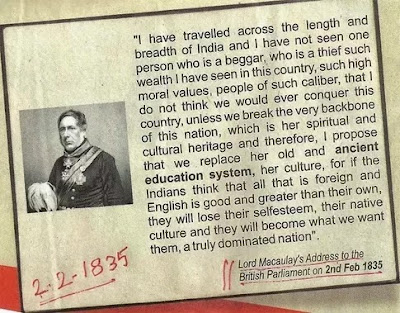 
Literature
A Timeline of Sanskrit literature
On Education - A Sanskrit proverb
Linguistics
Mallinga, Mark Antony and Sanskrit
Macaulay - Sanskrit and English
A history of Kanchipuram

Art and the Brain - English version of this essay 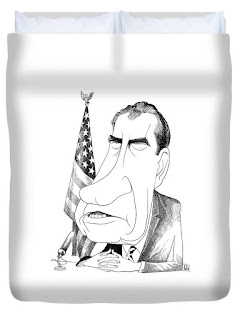 In 1999, I was working for the MSN team in Microsoft, and decided I wanted to look for opportunities in a different group. My boss Brad Thomson, said ok, and allowed me to look for other jobs within Microsoft.  I was interested in a job as a programmer or developer – designation Software Design Engineer.  At that time, the hiring group still conducted multiple interviews where I had to demonstrate my skills in programming, analytical thinking, problem solving, and communication.

I actually enjoyed the interview processes. I interviewed with four different groups. It was challenging, very different, and exposed some gaps in my abilities and knowledge. Some of the interview questions were easy, some were hard, some were above my level. I realized I didn’t want to join one of those groups, I failed badly in one set of interviews, and I did moderately well in the other two. Oddly the head of the group where I failed badly, called me for a personal interview where he grilled me with a software challenge, which I passed. Then he offered me a different job, which I didn’t take. Eventually I wallowed in the MSN group, then I was fired (for incompetence at programming) and went on to a dotcom company in California. I realized that I was really bored of software, and so quit and returned to India. Also, at that time, I had a deep interest in writing, especially screenwriting, I missed my dad and my family, I missed India and so on.

But what remained with me from the Microsoft interviews were two things. In one of the interviews I failed, the interviewer expressed enormous passion for writing software; he waxed eloquent about what new things he could do with code,what the new internet paradigms, object oriented code, and some software and hardware novelties promised. He made me realize that I simply wasn’t that excited about software or even computers, at that point. After a few months in the California company I realized that a career in computers was an intellectual and creative dead end for me, even though the financial prospects in the software industry were quite excellent. (Actually, the big dotcom crash happened shortly after I returned to India, but by that time it was irrelevant to me).

The other interview question is the soul of this essay. This was the problem set by the interviewer: “There is a long line of soldiers standing along a hill. The line starts at the base of one side of the hill, continues over the hill and out of sight and ends at the base of the other side. None of them has watches or clocks. The commander tells his soldiers that on his signal all the soldiers must fire their guns simultaneously. But not immediately after the signal. They must develop a signalling mechanism among themselves, so that all of them, even the ones on the other side must fire. The critical aspect is that they all fire simultaneously.”

You might wonder what this has to do with computers or software or Microsoft. Also this seems like one bizarre army unit and weird commander. But this is not an unusual question in the software industry. The problem is signalling. A computer system problem may involve one hundred printers connected to a single main computer, all of which have to start printing simultaneously. Or a controlling computer in a sports stadium, where all the lights must be turned on or off simultaneously. Or coordinating a bunch of satellites in space, thousands of miles apart, which must perform a synchronized action, like photograph a nova. The solution is an algorithm that solves this signalling problem.

The interview question relates also to Prime Minister Narendra Modi’s two requests to the public, first to assemble in our balconies at 5pm on March 23 and clap for the medical and other public servants who were fighting the CoronaVirus, and then to switch off electric lights and light candles or oil lamps or cellphones for nine minutes at 9pm on April 5. A huge section of India’s population did both. There are two aspects. One is broadcast communication to almost the entire. This was not possible twenty years ago, when most Indians didn’t have television, only some had cable TV, dish antennas were new, cellphones were new, the internet was in its early stages, and smartphones had not been invented. Narasimha Rao or Vajpayee could not have communicated to so many people.


The second aspect is synchronicity. Ubiquity of cellphones means now everyone has a clock. In the 1800s the British army at Fort St George in Madras (and presumably the forts in Bombay and Calcutta) fired a cannon, at 8am and 8pm everyday – hence the phrase gun-time. In several places across the world, clock towers were installed. Temple bells served this function in pre-Colonial India, though not everywhere.

So we had a whole country lighting lamps, clapping, ringing bells, banging on plates and pots in unison, all solving my Microsoft interview question in  a national light and sound show. But you had people acting according to their wishes, assembling in groups, not maintaining minimal physical distance, etc., all of which were severely lampooned. We already had incidents of bad coordination, when bus stands were crowded, huge numbers of people had to walk hundreds of miles to hometowns, people crowded ration shops. People abused even simple mechanisms like circles to stand in, by putting their bags or markers there, missing the whole point.

But civilians are like that, they are independent actors not a disciplined force like an army. Consider that soldiers spend about four years practicing marching, before they get it right. Just getting a thousand people to walk together takes years of training, practice, discipline and punishment.

But India (and the world) now has a few more questions and signalling issues like this to deal with, once the national lockdown is lifted. Most probably only certain sectors of the economy and the public will be allowed to come out and do some things. Currently in my home state, Tamilnadu, pharmacies are the only shops allowed to be open all day long. Grocery stores and vegetable shops are allowed to open in the mornings. Some restaurants are open, but only for pick up or delivery, not for dining at the restaurants. In the next few weeks, different categories of shops, like electrical equipment suppliers, hardware stores, petrol bunks, will probably be allowed to work one or two days a week – but governments have to evolve a mechanism whereby people don’t crowd them all at once, like the ration shops. Simply because India has far more family operated stores unlike the West, where the large supermarkets have replaced these in huge numbers, we don’t have the same problems, until now.

Similarly personal care services like barbershops, beauty salons, small clinics, laundry services, will also have to open at least on a trial basis. Since these involve personal contact, and great risk of spread, they may actually take quite a while to be allowed.

When eventually other services are allowed to reopen, they will all need phased reopening and closing, and operation time. Absence of public and very limited private transport will be a nightmare.

Every service is dependent on a large network of other services, most of which is impossible to comprehend by an individual, or even an institution like a company or a government. This will be a logistical challenge of gigantic proportions, with no protocols, no training, a scared public, and a bureaucracy and security apparatus with no training for such challenges. Communicating a lot of these will be a huge challenge for Indians. We have a large workforce of computer programmers, people managers, event managers, logistic coordinators  and communicators, most of whom are working from home now. Perhaps they can be of good help in these upcoming challenges.