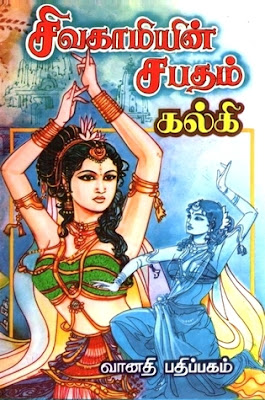 Until this one, I listed English books. Sivakamiyin Sabatham was the perhaps the most influential Tamil book that I have ever read. Even more so than, Ponniyin Selvan, also written by Kalki. The latter is rated a far better books by most avid fans of Kalki, especially so by avid fans of Tamil historical novels.

Until 1999, I used to think of India as a language of great literature and religion, but not of science and technology. This book totally changed my mind. So did some other books I read after I returned to India, and lectures I attended on various aspects of Indian culture, tradition, technology, thought, music. Almost all of these were missing from my school and college education. This transformed my concept of the world, of India, of education, of culture, and so many other things.

I also had a low opinion of monarchy and a high regard for democracy, until I read this book. One of the three heroes of this book, Mahendra Varma Pallava, was an extraordinary king, a polymath, a VichitraChitta. The Phantom and Tintin and Sherlock Holmes and such fictional heroes excited me in my childhood. Mahendra Varma and Alfred Russel Wallace and Brahmagupta and such others excited me in the last couple of decades.

This book also made me understand why India and other cultures had kings, advisors, sabhas, royally commissioned art and literature, and so on. Kalki in this story captured the spirit of the era in a way, not even a library of history books could do.

It is hard to state in a few paragraphs how much I learnt from this book, how much it inspired me to things in front of my eyes that I hadn't even noticed, how ignorant I had been of my own culture and language and art and science, how much it motivated me to reexamine all of these. I was fortunate to know enough Tamil to read and enjoy it. No other novel except Ponniyin Selvan has been as delightful a read in Tamil either. Kalki, the author, combined in his Tamil idiom and style, the humour of Wodehouse, the historical flourish of Walter Scott, the adventure of Alistair Maclean and Robert Louis Stevenson, the poetic feeling evoked by Wordsworth and Byron and the Brownings, and an emotional connection to art which no English writer I had read ever evoked about western art.

There is an English translation of this book by Pavithra Srinivasan, for those who cannot read Tamil. Venkatesh Ramakrishnan wrote a sequel in Tamil to Sivakamiyin Sabatham, titled Kanchi Taaragai.